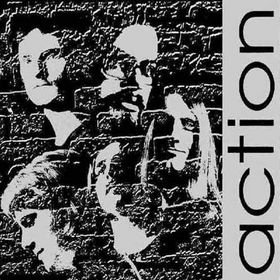 From 1971 to 1973 she played very successfully in the Saar-Pfalz area.
At first songs were covered (Uriah Heep, Deep Purple, Pink Floyd), but soon a lot of jam sessions were created in the rehearsal room (most of which were recorded on tapes and then used) and some self-composed works.
Works should mean that the songs were not 3 minute songs, but at least 8 to 16 minutes. Classic progressive rock. There was enough space for improvisations and solos. Singing in English.
In 1972 the group went to the Kerston studio in Hochspeyer to record their own compositions for a demo cassette. 1973 separated the group.
So far so good.
The Agfa magnetic tapes then "rested" with the organist in the basement and saw the "daylight" again in 1996.
I got the material and in 1997, 25 years later, I decided to release the compositions on vinyl.
So it is not a republication, but the first press, only 25 years later.
For collectors of the 70s herb rock music, however, this was absolutely irrelevant, because a few weeks later the edition of 500 black vinyls and 100 green vinyls was almost sold out.

NEWS: ACTION will play again on November 22nd, 2008 in their original line-up and after more than 35 years in Zweibrücken. The focus of the approximately one-hour set will be the original compositions that have to be rehearsed after this long period, like? Foreign titles ?. It will be interesting to see how the character of the 2008 versions changes compared to the 1972 recordings.

A CD release (Where?, Maybe also privately) with the 72 and 08 recordings is planned. 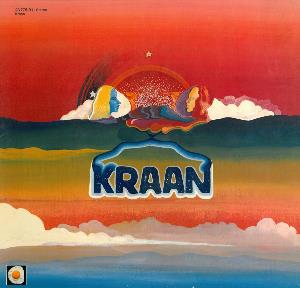 Next to EMBRYO, KRAAN are among those German groups who include psychedelic, sometimes ethnic elements to their distinctive, innovative jazz rock. At the beginning of their career, started in 1970, KRAAN free form jazz rock was really into jam sessions, totally improvised, mainly instrumental (featuring sax sections and many guitar / bass solos). Their self title album was experimented with ethnic, psychedelic / acid tastes and discreet electronic manipulations. Since their debut album and with their two following "Wintrup", "Andy Nogger" the band has demonstrated with interest, dynamism and humour how can we make fusion / jazz with addition of influences from everywhere. Really imaginative, inspired and technical these albums provide something new and amazing: an absolute trippy ethnic jazz rock. This particular facet of the KRAAN music culminates with their masterwork "Live" (1975). After this outstanding release the band's career falls into various forms of jazz rock style, relatively progressive but not as stimulating as their previous efforts.

In the link below all the programs of the 2020 season
No link abaixo todos os programas da temporada 2020.

Hi,
Very good and energetic stuff ! I would ask if you know a band (from Munich) named "Creepy Layne" album : Let the rebels rock 1982 ?
Southern rock with cool piano !
Thanks a lot !