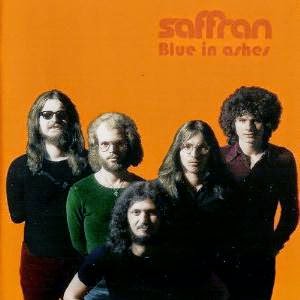 German act SAFFRAN was formed in the late 1960's, and the just over ten years they existed they only released a 7 inch single, Die Jungen Dinger, in 1974. But as the second version of the band solidified around 1974 they did record a full album's worth of material. But as many other bands, probably more than we'll ever know about, the record labels they were in touch with didn't find their material worth releasing.

Just over 20 years later German label Garden of Delights decided that this unreleased production should see the light of day, and in 2004 Saffran's one and only full lenght effort Blue in Ashes was given it's belated official release. With the A and B side of their 1974 single added as bonus tracks.