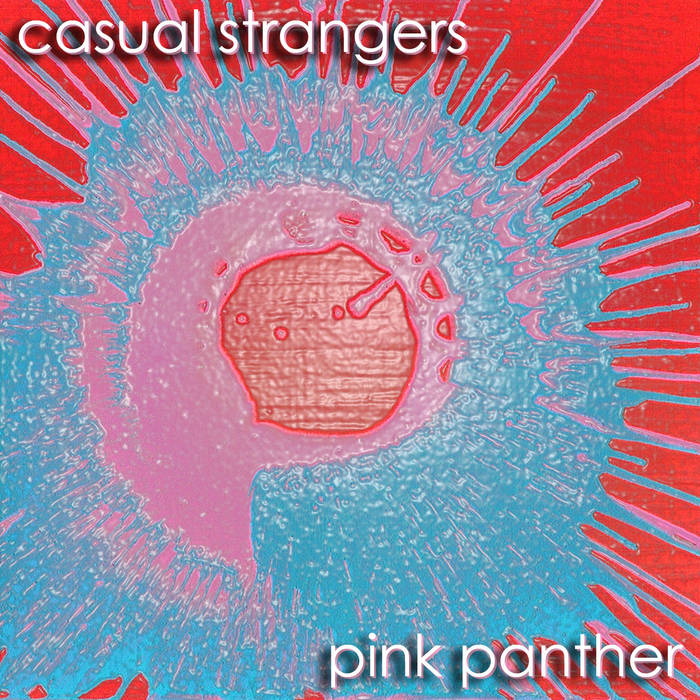 We're announcing the cassette/CD release of Casual Strangers cosmic instrumental album, Pink Panther. I was looking at your blog and i think you'll appreciate it.

Title-track PINK PANTHER along with our spin-art album cover.  https://soundcloud.com/casualstrangers/pink-panther

If you would like a digital download or promo CD mailed to you, please let me know.

Casual music for the wandering mind...
After successfully self-releasing their debut record in 2014, Casual Strangers headed into a new direction, composing live instrumental sound panoramas and minimal ambient experiments for the wandering mind. The new album, Pink Panther, showcases the use of synthesized textures to create back-to-nature moods where vintage electronics are counterbalanced by lap steel and acoustic guitar. The album moves from full-on psychedelic instrumental rock to relaxed experimental ambient minimalism.  Pink Panther will be released on a run of pink cassettes. The music video for the lead track, Holocene Dream, was produced by SlackElectric ArtHouse and videoing.