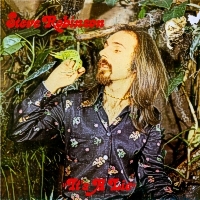 Steve Robinson (his name is said to be an Englishified pseudonym) is a highly reputable musician of the Mannheim scene. Best-known as the wild electronics/keyboards wizard with Twenty Sixty Six And Then, he's also worked quite a lot in numerous projects with follow Mannheim multi-instrumentalist Michael Bundt.
Until very recently, IT'S A LIE was merely the missing unknown number from the Blubber Lips catalogue, which according to one source was a "interesting Krautish progressive artrock that reminds a little of early Genesis", however it turned out to be disappointingly mediocre really, very song based (proving Steve to be German, with his accent and slightly dodgy English), but with elements as diverse as Van der Graaf Generator, Supertramp, and pretty straight ballad pop-rock towards Elton John and David Bowie!

Many thanks. I like Michael Bundt, so I'll give this a try.