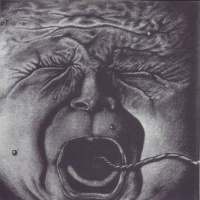 A little-known band, of whom we know nothing historically. Amos Key were one of the few early German bands to play a fiery classical rock with such creativity and invention, and even paralleled the excellence of the Italians. Much more so than fellow organ-rock pioneers Sixty Nine, Amos Key owed great debts to Bach, Beethoven and Schumann, adding a heavy Krautrock twist to a music more closely resembling Egg or The Nice, full of angst and weird psychedelic and space-rock touches.