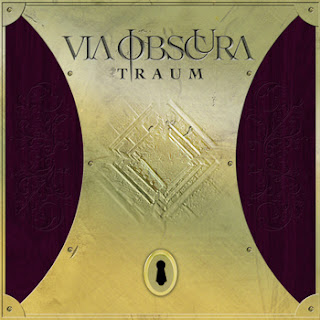 It was the year 2004, when the gifted vocalist and Keyboard player Anne-S. Thinius; the guitarist, drummer, pianist and orchestra arranger Alexander Thinius and the bassist André Manke joined in Germany to form VIA OBSCURA, a band dedicated to create experimental 70's inspired music with special emphasis in Goth, Jazz, and Heavy Metal with Symphonic and classical structure.

As many other bands like MIRANDA SEX GARDEN and DEAD CAN DANCE who were originally labeled as Goth, they exceeded the parameters of Gothic Rock and sounded more comfortable in Symphonic territory, of course their obvious classical formation and the operatic voice of Anne helped a lot to the evolution of the band.

Originally VIA OBSCURA was formed as an improvisation project, but things got out of hand (something common when you are good enough), and in six months they were playing in front of an audience as a formal band.

After participating in several samplers, VIA OBSCURA releases their first studio albums called "Traum" in 2009, and it's really impressive. They manage to blend the drama of Gothic Rock not only with the energy of Heavy Metal but also with the delicacy of Symphonic Prog, enhanced by the wonderful voice of Anne and the marvelous performance of all the band members.

Still I'm not sure of this is a pure Symphonic album, band honestly don't care, being that the music is breathtaking and the classical elements are enough to be loved by all the fans of the genre.

I just hope they give us a second album soon, which I'll be waiting with impatience.