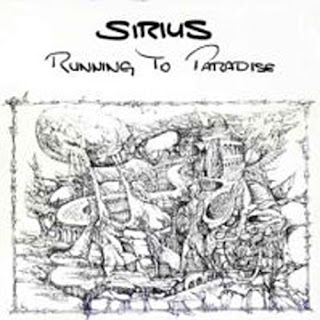 Sirius was a German symphonic band that existed in the prog vacuum of the '80s. Led by vocalist and keyboardist Stefan Neubauer, the core membership also included Stefan Papsthorst on keyboards,?Thomas Honninger on drums?and Martin Vogel on guitar and bass. Stefan Barnikel on percussion, and Dieter Urbassik on tenor sax would be added for the second release. 1982's "Running to Paradise, and 1984's "The three Bushes" are the band's only albums.

Obviously, this is keyboard driven music. However, they did add strings and flute to "Running to Paradise." The likely comparisons are to Drangonfly, Flame Dream, and England. Neubauer's piano has been compared to (of all people) Liberace. He also dabbled in some sitar on "The Three Bushes." Both albums are considered worthy contributions to the symphonic prog pantheon.