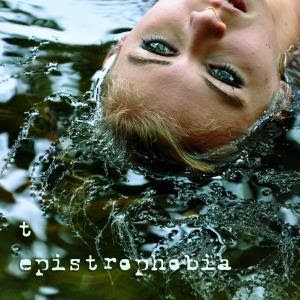 Born and based in Germany, Thomas Thielen (SCYTHE) is the person behind the two albums so far released under the project name t. Initially a keyboard player, he started taking piano lessons in 1980. One year prior to finishing those he joined a band in 1992. Although that experience apparently was rather uneventful, it lead to Thielen changing his choice of main instrument; and during his tenure with this group he decided to start learning the guitar.

Soon after he joined a blues band as bassist; but that did not last too long either. It was a useful experience nonetheless; as the lack of rehearsing, planning and innovation led Thielen to want to do the exact opposite in his music. Around this time he started checking out a band called Marillion; which subsequently made him discover early 70's Genesis. While looking up this "mythic" music he also started taking singing lessons; from what one can read on his homepage, this was the start of a long and still ongoing journey of discovery and evolvement.

POWDS CON FUSION was the next band project Thielen got involved in; and after this outfit folded three members from that band, including Thielen, formed SCYTHE along with a bass player.
The recording of SCYTHE's second album "Divorced land" was a nice learning experience for Thielen, and a direct result of the knowledge acquired in those sessions was that he set up his own home studio. Galileo Records, who had released this production, was persuaded to release Thielen's first solo production "Naive" in 2002; issued under the moniker t.

The release was met with critical acclaim, and work began on a second solo album soon after. This follow-up release, "Voices" was issued by Galileo Records in 2006.

Taking cues from early GENESIS, Thielen has created two albums where this symphonic foundation has been mixed with impulses from acts like MARILLION (Hogarth era), PORCUPINE TREE and GAZPACHO; modern symphonic rock with leanings towards ambient music.