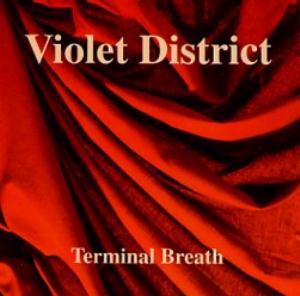 German outfit VIOLET DISTRICT, at first called INCUBUS, started out as a band supporting various local bands at concerts. YES, MARILLION and PINK FLOYD were their most important musical influences; all of which they wanted to incorporate in their own material.

The band soon found out that it would be an advantage to record a CD to be able to expand outside of their local area, and in 1992 their debut album "Terminal Breath" saw the light of day, and was generally well received. Indeed, German label BMG Ariola got interested in the band, but sadly not interested enough to sign the act it turned out.

Various line-up changes combined with the band not being able to expand any further saw to it they eventually disbanded in 1997. Two of the members from the final line-up; Karlheinz Wallner (guitar) and Chris Postl (bass) would later resurface with RPWL a few years later, along with amongst others Jürgen "Yogi" Lang, who was a guest musician and producer on "Terminal Breath".

The sound pursued by VIOLET DISTRICT, blending the spacey atmospheres of PINK FLOYD with the modern symphonic leanings of bands like MARILLION, resulted in a sound and style that fits the guidelines for addition to the Neo Progressive genre, and they were added to the database by the team catering for this genre.