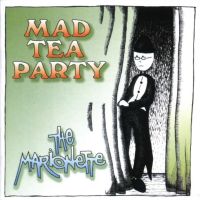 It is rare, but with MAD TEA PARTY we get something German that actually sounds like German, thanks to the members of this highly skilled German quintet, who have all visited the Cologne Conservatory at some point, have a knack for combining accessible, catchy melodies with complex musical structures.
You could name Yes, King Crimson and "Foxtrot"-era Genesis as their main source of inspiration although you'll only hear those influences very intermittently on their albums. Other references are probably Gino Vanelli, Saga, Gentle Giant and Tea In The Sahara - but only very roughly. This five-piece from Cologne are a bit hard to classify, although they seem to fit better in the neo-progressive spectrum.
Still, their music requires multiple listens to be completely understood. The combination of different times and shifting of accents does not end up in 'fooling around with timings', but also makes it hard to do full comparisons to other bands, much in the vein of The Flower Kings or Dragonfly.
MAD TEA PARTY's mini-CD as well as their full-length album "The Marionette" showcase some impressive instrumental work and solid drumming, as the band works its way through a series of short but colorful numbers alternating with melodious, catchy ballads and solid vocals throughout. The full CD features a couple of lengthy pieces, one of them a true-blue prog piece clocking in at almost 20 minutes where the guys really show their teeth and treat the listener to a roller-coaster of moods, themes and odd-time signatures. This track alone is worth the value of the album.
The band no longer exists but vocalist Alexandre Zindel and guitarist Markus Sagschneider, who were responsible for most of the compositions, now function as a duo under the name Two High.
Fans of the mentioned bands and neo-prog in general will certainly appreciate MAD TEA PARTY.