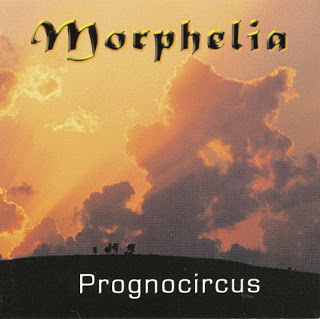 The band MORPHELIA was formed in Lower Saxony, Germany in 1999 by guitarist Guido Froehlich and keyboard player Guenter Gruenebast and drummer Elmar de Groot, when the three got together to have a jam session. Both Froehlich and Gruenebast had previously played with progressive rock band PEACOCK for almost 15 years and de Groot had played with KLEINHEIDE and other local bands prior to joining the other two musicians.

The band went without a name for a couple of years, until 2001, when singer Kurt Stwrtetschka joined the band, and MORPHELIA was officially born. Up to this point, the band had gone through several bass players, but finally a permanent fifth member was found in bassist Renko Rickerts.

In 2003, the band released its first album "Prognocircus", which received very positive reviews in the local press. The band took a full six years to release its follow-up album "Waken the Nightmare" a double concept album. Among the band's influences are DREAM THEATER, SAGA, PINK FLOYD and MARILLION.