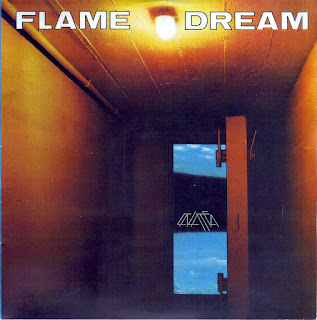 A reasonably successful and long running Swiss progressive, with a history dating back to the mid-1970's. Featuring Urs Waldispühl on guitar, and with Peter Wolf largely concentrating on multi-winds parts.
Of prime interest are their obscure early LP's. The debut CALATEA has nods to Van der Graaf Generator, Island and Circus, all in a more symphonic largely instrumental prog in the typical Teutonic (i.e. Eloy, Ramses, etc.) style. The second album ELEMENTS develops this style with a nod in the direction of Genesis and Italian progressives, it is even more instrumental and explorative. Both are excellent examples of sophisticated progressive rock.
We first encountered them with their third and fourth albums, which saw a move to more song oriented progressive akin to fellow Swiss proggers Irrwisch. In featuring strong arrangements and elaborately crafted songs (in English), Flame Dream of the 1980's could be considered as the Swiss Genesis, with little originality of their own. All these albums feature excellent musicianship, high quality production, a Peter Gabriel styled lead vocalist, and are quite enjoyable. Certainly they were easily on par with any contemporary British counterparts.
Note: For some unknown reason, the album TRAVAGANZA was released in the UK as being by Travaganza, not Flame Dream!